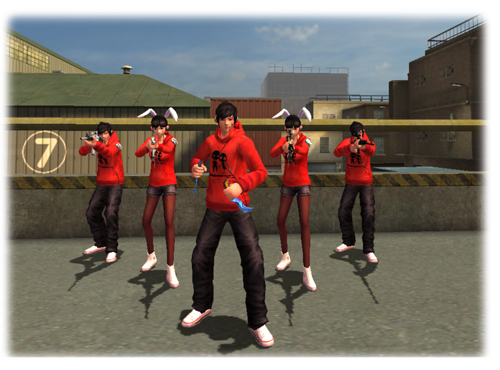 1. AK Online Competition will use knockout tournament to select the Winner. This competition has 64teams that has 5members per team.
2. Map: Huangpu Terminal
3. Settings: Population = 10, Round Limit = 5; Limitation = Conventional only
4. Competition: it has two matches, the team get first 5 scores will be count as the winner for the match automatically.
– First Condition: The judges will toss the coin, so the winner will have a priority to select blue or red color.
– Second Condition: The competitions have two matches and each match will calculate the score of the match to select the winner and loser. Therefore, the team that get first 5 scores will be change the color. If one team get the highest scores for both matches, that team will judge as the winner and the competition will be end.

– Players eliminate during the round can’t talk to other team members.
– Eliminated players must remain in their seat and  not allowed to physically help team members (under punishment of expulsion).
– Only captain can use General channel even s/he dead but other members will get penalty when using this channel.
– In case of matches that are interrupted by external failure (power lost to building, PC crack, restart, or Internet connection failure) the game still continue and players must be re-join before 2 min.
– If player can’t re-join on time, the referee will record current score and continue with current score when players can re-joined.
– Hack, bug, and crack software are forbidden and players can bring their own Mouse or Keyboard.

Sabay reserves the rights to change any conditions.
If you any questions about the competition please contact our game supporter 023 22 8000 every working hour!